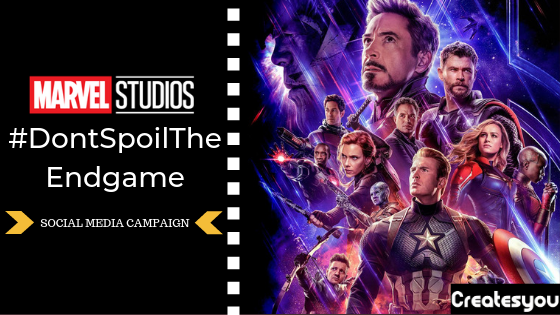 Avengers: Endgame is the final chapter in Marvel’s Infinity Saga which got released in theatres on 24th April 2019 in the Middle-East.

What a show it was! reminded me of the Journey which started back in 2008 with the Iron Man.

But as Robert Downey Jr. has said,

“Part of the journey is the end.”

Avengers: Endgame is the final showdown of 22 MCU movies. To reach this point it took more than a decade of hard work and dedication from all the people who work in Marvel Studio.

That’s why Endgame directors Anthony and Joe Russo are requesting fans not to spoil the movie’s story on social media such as Instagram, Facebook and Twitter or on their YouTube Channels for others after they’ve seen it.

To the greatest fans in the world,

This is it. This is the end. The end of an unprecedented narrative mosaic spanning eleven years and eleven franchises.

For all of you who have been on this journey with us since the very beginning, sharing every high and low with your family, your friends, your classmates, your co-workers. Investing so deeply in every character and storyline. Laughing. Cheering. Shedding tears. Giving so freely of your thoughts and emotions in spirited dialogue, theories, fan art, and fan fiction. Please know that the two of us, along with everyone involved in Endgame, have worked tirelessly for the last three years with the sole intention of delivering and surprising and emotionally powerful conclusion to Infinity Saga.

Because so many of you have invested your time, your hearts, and your souls into tese stories, we’re once again asking for your help.

When you see Endgame in the coming weeks, please don’t spoil it for others, the same way you wouldn’t want it spoiled for you.

THE EFFECT OF #DontSpoilTheEndGame CAMPAIGN:

So the good news is that Marvel’s #dontspoiltheendgame social media campaign is really working well as most the leaks have been reported by the fans across the globe.

This is the true power of digital marketing, how one hashtag can start a social media campaign around the globe. An amazing effort is shown by Marvel Studio’s marketing team.

Rishabh is a Restaurant Manager at PappaRoti in Muscat (Oman). He started his career as an Associate Manager at Domino’s Pizza in New Delhi (India). He completed his graduation in Hospitality & Hotel Administration (B.Sc. HHA) from IHM Meerut. He is also a passionate blogger and founder of Createsyou.com where he writes about various types of marketing strategies and other tactics that the brands and hospitality industry can use and are using.