Whaddup Everyone! it’s yo girl superwoman….

No, Lilly Singh did not write this blog but this blog is sure going to be all about her amazing skills of marketing.

Born on September 26, 1988, Lilly Singh is an Indo Canadian YouTuber widely known as IISuperwomanII. With over  9.4 million followers on Instagram, 5.6 followers on Twitter, and more than 15 million on YouTube Lilly surely knows how to create an audience.

Many of you might only see her as a Youtuber but if you think deeply Lilly Singh aka superwoman is more than that, she’s not just the No.1 Youtuber but an entrepreneur and a shrewd marketer as well.

In 2017, she was ranked tenth on the Forbes list of the world’s highest-paid YouTube stars, earning a reported $10.5 million. The same Forbes Magzine which ranked another Marketing Queen Kim Kardashian as 54th America’s Richest Self-Made Women. 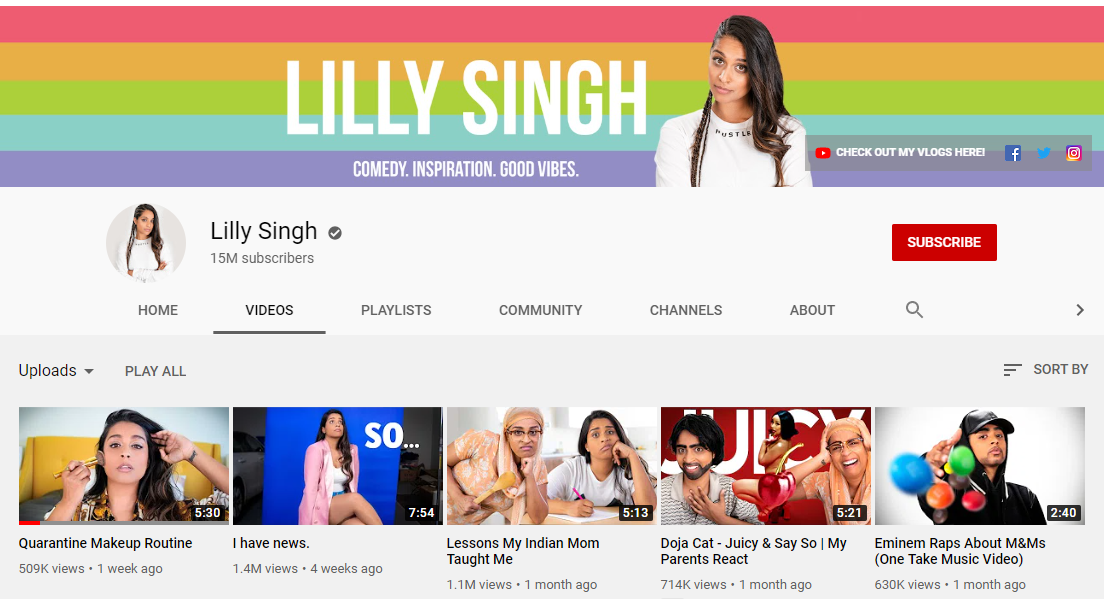 In this blog, we are going to focus on Lilly Singh’s marketing strategies that every YouTuber, Entrepreneur or an Influencer marketer should know.

Let’s admit it, we all get annoyed when any of our favourite YouTube stars suddenly start promoting a product in the middle of a video which has nothing to do with it! I mean sure many influencers have this funda of “marketing in disguise” in their mind in one way or the other but no one understood this concept better than Lilly Singh. 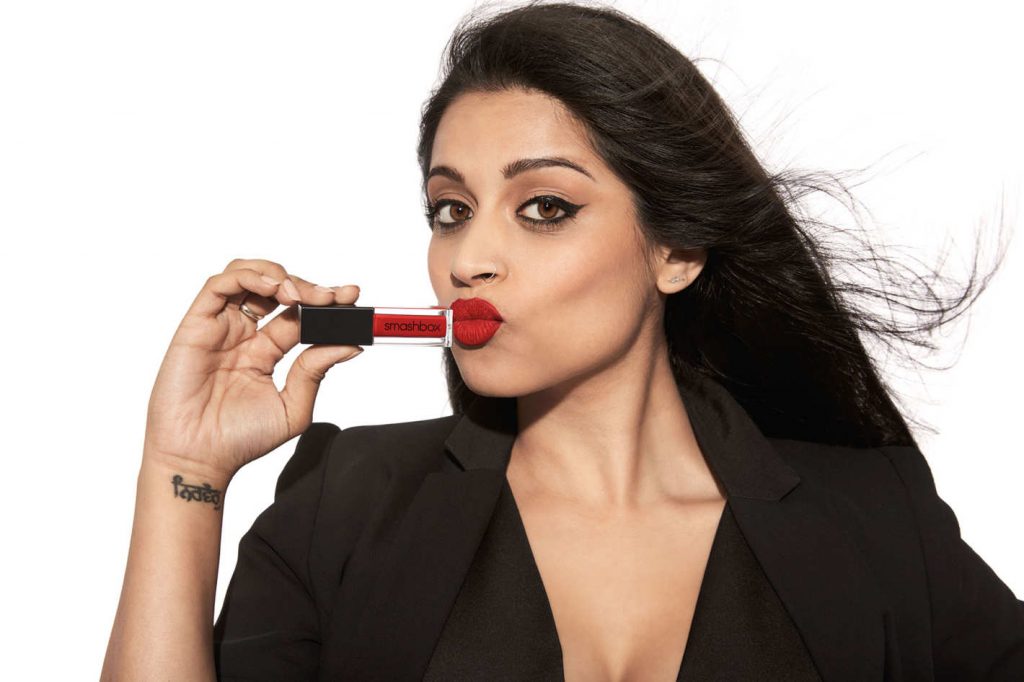 As, whenever she wants to promote a product through her video, she’ll curate content that is not just undoubtedly going to be hilarious but the whole video will also carry the idea of an ad or a promotion.

For example, in her video “Types of commercials,” she had described different types of commercials in an extremely funny manner and then by the end of the video she listed a type in which she played a real commercial starring herself which turns out to be her genius move to promote her signature lipstick “Bawse”.

We all know that the secret behind becoming a success digitally is consistency and of course, who would know this better than our amazing Lily!

That is why she follows this “mantra” even while promoting her products. 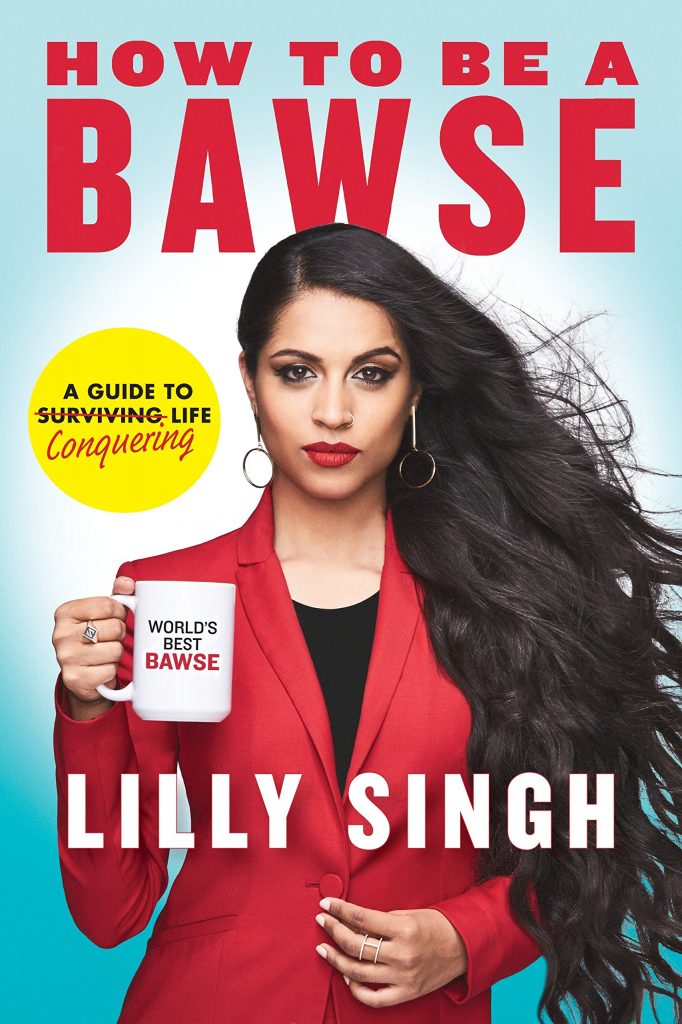 For Instance, her book “How to Be a Bawse” which was released on 28th of March 2017 is still being promoted by her in her daily vlogs or interviews.

In one of her vlogs titled “Reading My Fans Amazon Reviews” which was published on 28th of July, 2018 Lilly smartly tells her audience that how she has decided to focus on love and positivity that is bestowed upon her.

This is why in one of the segments of this vlog, she decided to read out only the positive reviews about her book “How to Be a Bawse”, that were posted on Amazon.

Honestly, this is quite a smart move as her popularity is growing with each passing second, so promoting her book over a right interval of time will be equivalent to introducing her book to millions of new audiences and readers.

Since there is a possibility that her new YouTube subscribers are unaware of her previously published work or in this case book, continuous promotion of old product will give her more exposure.

3. Being Authentic and Relatable:

Before I elaborate this point it is a must that you watch IILily SinghII’s vid “Realistic Skincare Commercial” which was published on Jan 14, 2019, as in this video she has left no stone unturned to make her fans really wanna test out the product.

The time has changed, the audience is no more naive enough to believe in a girl acting like a fairy-tale princess in a face wash commercial or in a celebrity that earns in millions and billions just to wash themselves out with $2 soap bar.

This is one of the reasons why big companies like  L’Oreal and Pantene are investing their money on YouTubers as YouTubers surely have the best of both worlds, they are popular like celebrities yet relatable like a common man.

Thus when YouTube stars like Lilly Singh promote a product they don’t sound scripted instead, they sound genuine.

Here are some comments from her viewers on her “Realistic Skincare Commercial” video.

So, guys, those were 3 simple marketing strategies that make Lily Singh the Superwoman. These are the techniques that set her apart from the crowd and made her the face of international brands like L’Oréal and Pantene. 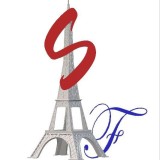 Glad you liked it. 🙂

Thanks for sharing very informative.

Enjoyed reading the article above , really explains everything in detail,the article is very interesting and effective.Thank you and good luck for the upcoming articles

Thank you for such wonderful feedback. I am very happy to know that you liked it.